Difference between read through and cache aside

Can you provide more example differentiating above caching strategies. How cache is consistent with db in case of read through.

When an application asks the cache for an entry, for example the key X , and X is not already in the cache, Coherence will automatically delegate to the CacheStore and ask it to load X from the underlying data source. If X exists in the data source, the CacheStore will load it, return it to Coherence, then Coherence will place it in the cache for future use and finally will return X to the application code that requested it.
See below how it actually works. 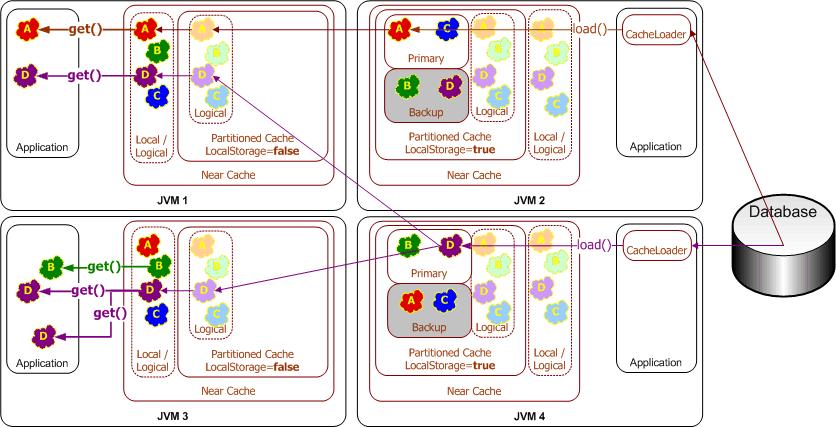 While read-through and cache-aside are very similar, there are at least two key differences:

Read-through caches work best for read-heavy workloads when the same data is requested many times. For example, a news story. The disadvantage is that when the data is requested the first time, it always results in cache miss and incurs the extra penalty of loading data to the cache. Developers deal with this by ‘ warming ’ or ‘pre-heating’ the cache by issuing queries manually. Just like cache-aside, it is also possible for data to become inconsistent between cache and the database, and solution lies in the write strategy.