But where is the link/node that suggests it belongs to bucket 2?
I guess there’s link missing between A and C which belong to same bucket.

Type your question above this line. 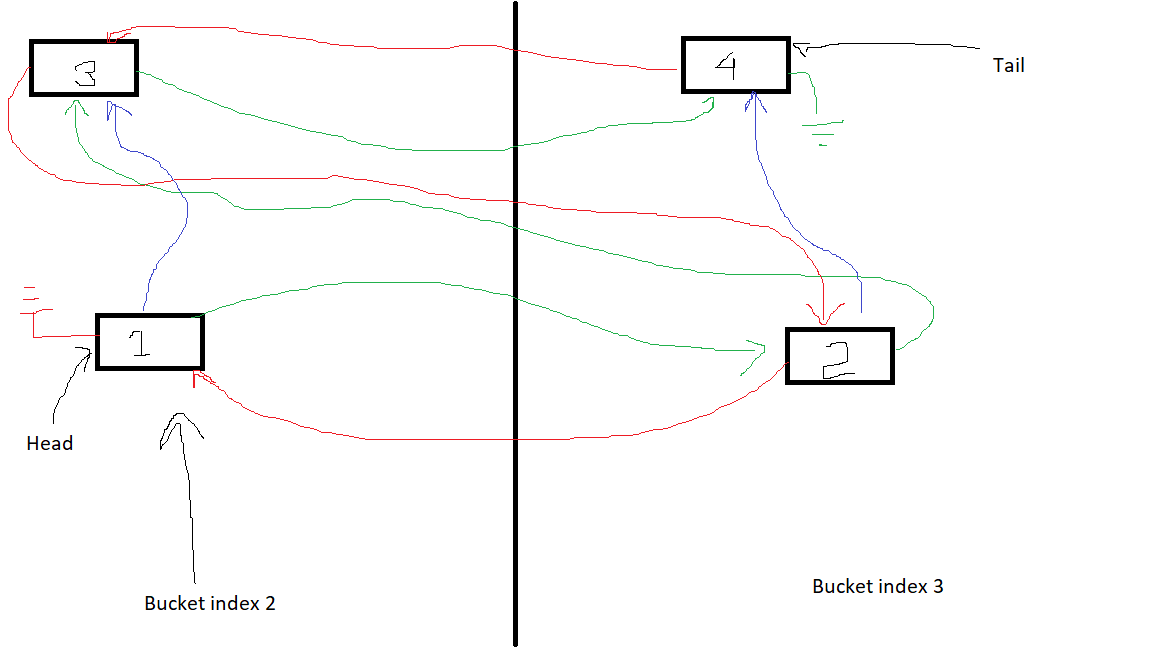 Thank you so much for your feedback. Let me explain it for you. Before putting any record in the Linked hash map, the hash value of the provided key for the same record is calculated, and this is where the placement of this particular record is decided as indicated by the provided array of size 16 in the same lesson.

Important to note:
Each entry/node has two links that are before and after, so this data structure can’t manage to have more than two edges. The purpose of the doubly linked list in the hash map is to preserve the insertion order and iterate over them later in the same order, not to connect each node in the same bucket/hash.

Hope that clarifies the confusion.

Hello @Abubakkar_Arshad Thanks for taking time and responding. I’ve couple of queries further.

Please clarify and thanks again in advance.

Things got a bit weird when there were multiple values against a single key. So to handle this collision of nodes, there is another next pointer in every Linked hash map node that connects all nodes of the same bucket based on the hash value formulation. By calling the get function, you will get the hash value and then you will iterate over all the sub nodes of the bucket connected through the next pointer in order to find the desired node. The doubly linked list is a feature of the Linked hash map that tracks insertion order and mainly used for traversals rather than anything else. The simple hash map uses a vector or a list o handle the same thing, but Linked hash map sticks with this type of a reference list.

Hope that clarifies the confusion.

Understood! So simply put there are 3 pointers in total. Before and after are used for traversing in insertion order, while another pointer next is used to traverse through bucket.

Thanks a lot @Abubakkar_Arshad @fahim for such good content!